When I was 18, I got into a huge fight with my father that led to him kicking me out of the house. I remember having a huge shouting match with him out in the driveway. Afterward, I loaded up in my 1976 Postal Delivery Jeep and took off. The jeep became my home until I flipped it over on the highway while racing a friend of mine one night. At this point, I was officially homeless.

Fortunately for me, a guy that I worked with at McDonald’s (who shared an apartment with another dude in Flora, IL) offered to let me start sleeping on the living room couch in their apartment. The guy’s name was Kevin and, besides being a McDonald’s employee, he was also a professional wrestler. Now, you wouldn’t know Kevin from the WWE or WCW. He goes by the name Mad Man Pondo and has been a regular on the indie circuit for nearly three decades now as well as spending some time wrestling in Japan. Kevin is primarily known for his work in the hardcore circuit.

So, I spent the next six months of my life living on the couch in he and JR’s apartment. Anyways, one morning I woke up because I heard the door next to me opening. As my eyes adjusted to the light coming through the window, I looked up to see this….. 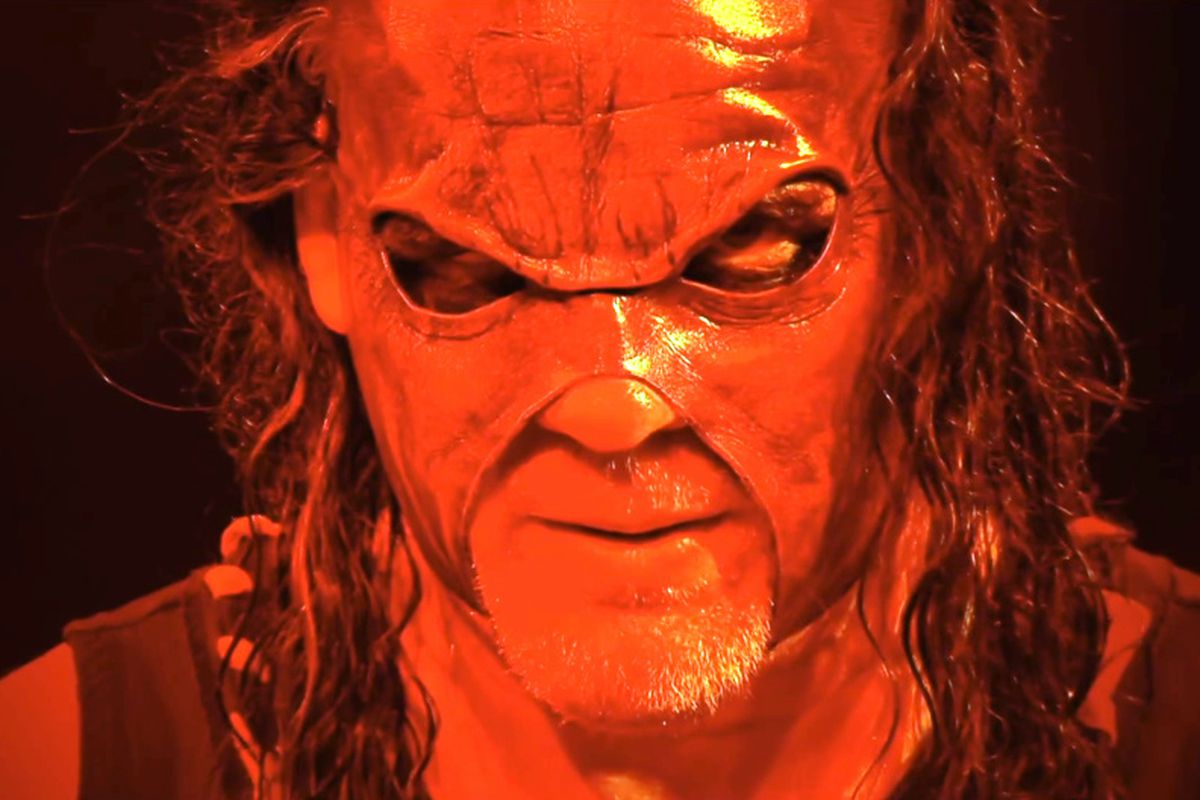 This image is borrowed without permission from Cageside Seats

Actually, that’s not entirely accurate. This was in 1994, so Glen Jacobs would not take on the Kane persona with WWE for 3 more years. However, I do have another story about a missed opportunity to hang out with Kevin and Glenn (after he began wrestling as Kane) in the locker room during a Monday Night Raw taping. Ouch, on that one.

At this point, he looked more like this guy, only with long, blonde hair.

Photo borrowed without permission from Wikipedia.

Regardless, Glenn is 7 foot tall and over 320 pounds. He is a massive individual and had to duck down to clear the doorway.

He and Kevin were friends and often wrestled together in Tennesee. Glen had made the trip up to Illinois with Kevin after they had done a show together and were chilling at the apartment. So, I got up and grabbed some breakfast. I then sat around with them for a couple of hours and played Sega (probably Mortal Kombat) with Glenn until they got back on the road.

None really, just name dropping to impress my readers.

Actually, I was talking to some co-workers about my love of wrestling a few days ago and it got me to thinking about this day. He’s actually not the only pro wrestlers that I have had the privilege of bumping into as I was blessed with an opportunity to have dinner with Terry and Dory Funk in Memphis, Tennessee as well as bumping into Ric Flair in a motel in Atlanta a few years ago. Often times, people will drive many miles and spend lots of money to get to meet a celebrity. It’s not often that one shows up at your front door.

Life is Strange. Live it Well.

One thought on “Kane Was In My House”