I grew up in Louisville, IL from the years of 1978 through 1994. At that point, I moved ten minutes up the road to Flora and lived there until 2001. I have always been told that you should not end a sentence with a number and I have now done it with two consecutive sentences. Anyways, growing up in the middle of a cornfield (not literally, we’re not Children of the Corn) did not provide me with a whole lot of diversity.

I remember once, riding with my dad from Louisville to Flora and seeing a hitchhiker along the road. My father pulled over, informed me that I was not to tell my mother about what was about to happen and let the hitchhiker into the truck. Turns out that my dad knew the guy. We took him on to Flora and dropped him off at whatever location that he was going to.

Later, my dad told me that the guy was a member of the Ku Klux Klan which meant nothing to me at that point because I didn’t even know that racism was a thing. Only later in life did I realize what I was being exposed to.

I remember growing up around the ‘n’ word. It was like a joke or something. We would toss the word around in the same way that you would call someone stupid (that is also not right to do). But, I never really felt the gravity of the word. My dad used the word and I was conditioned that it was simply what it was. Don’t trust black people. They will steal from you and probably kill you if you don’t keep an eye on them. They can’t be trusted and they definitely don’t put in a hard day’s work.

When you are told that by your parent, you simply accept it. I mean, we trust our parents right? They wouldn’t teach us things that might harm us. 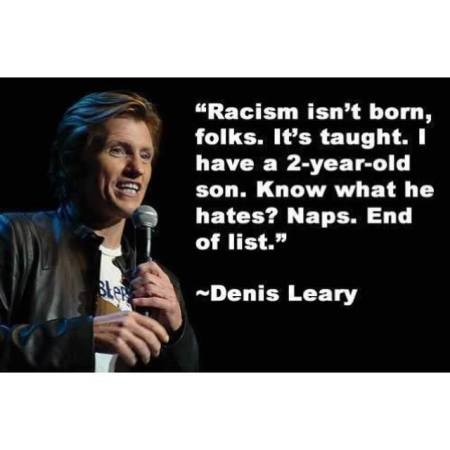 In 2001, I moved up to Charleston, IL. When I started working at Wal-Mart, I made my first black friend. Even typing that sounds silly, but it is true. At the age of 26, I was finally starting to get some perspective on how dangerous my childhood mindset had been. His name was Doxon and he was from Atlanta. After getting to know him, I told him about my childhood. He gave me a guarantee that he would not kill me or steal from me. I could trust him and he would always come to work.

I was taught to be racist and I had to unlearn a quarter of a decade of bad philosophy.

Working in the children’s home has been a blessing in those regards. We’ve had quite a few black kids in our care and that has given me a chance to redeem my sin in these regards. My children have been given the opportunity to grow up in a much more diverse situation than I did. We have had conversations about race and today’s current issues in those regards. I have been able to explain to my children that, though our skin color is different, our hearts and our souls are not. God placed us all on the earth together. We inhabit the same space and are equal in all ways.

People, if you are teaching your children anything other than this truth, then you are in the wrong.

Life is Strange. Racism is bad. Live this thing well.

One thought on “No Room In Life For This”